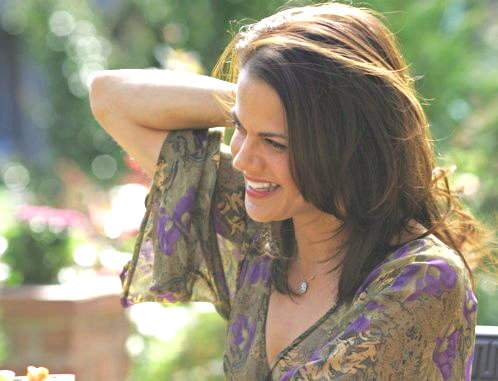 On Friday March 25th, the award winning feature film The 5th Quarter opens in limited release. It’s the true story of the Abbate family and how the tragic loss of their young son Luke gave the gift of life through a nationwide organ transplant program.
I caught up with Stacy Earl, the musician that sang and composed some of the original songs in the film (including the theme song), via email as she was flying back from the movie’s premiere. Check out the interview below.

We Got This Covered: I understand you attended the premiere of The 5th Quarter last night, what was the crowd’s reaction like during and after the movie?

Stacy Earl: The reaction to “The 5th Quarter ” is pretty much the same whether it’s a large premiere or an intimate screening. People really seem to relate somehow. Everyone has faced such difficult things in their own lives, and really it’s so inspirational to see that the Abbate family “came through ” this unfathomable event and has survived it.
I know that there were days that were very, very dark for them all and at times seemed inconceivable to move forward.  It all seemed so unfair.They’re very loving and kind people and the community just really supported them through and through.  That gave them great comfort.

WGTC: I love the clean look of your video Live and Breathe: Theme Song of The 5th Quarter, was there a story behind the concept for the video?

SE: I wanted the video to feel really raw, but elegant and clean.  I noticed that I found myself singing to my father and Luke on the set.  I mean I REALLY felt them with me that day.  I didn’t feel it needed anything but the raw emotion of the song and what it means to me and the Abbates.  I’m super protective of it. I didn’t think that was possible to actually feel protective of a song, but I do!!  Go figure!!

WGTC: What gave you the idea for the Choir, do you have a background in Gospel music?

SE: I don’t really have a gospel background, except that I love to listen to it and this past Christmas I got the chance to sing “O Holy Night” with the choir in the video.  A dream of mine for a long time.  One of my dear friends is the pastor of the church and she invited me.  WOW!  It was so great to sing with them, an honor!

WGTC: Was that song, and the 2 others you have on the soundtrack, written specifically for the film?

SE: The songs that I co-wrote with Andy Mendelson were written for the movie indeed.  Andy and I go back a long way and work together very well. I had suffered the sudden illness and eventual death of my beloved father and as I called him..pop!  He was my biggest supporter. How in the world was I gonna live the rest of my life without him??  I was absolutely paralyzed!!  So “Live and Breathe” is for my father and it couldn’t have found a better home than “The 5th Quarter” and the Abbate family.  They have truly become a part of our family at this point.

WGTC: When you’re inspired to compose a song, is it usually the melody or the lyrics that come to you first?

SE: In this particular case , I came up with a lyric and Andy came up with the most beautiful melody line for it!

WGTC: Thank you so much for taking the time to talk to us